Turing machine for the language of all those string in which a is less than b, ambn,  where a<b

From start, there is a,x,r

From state 2, read a, write a and move right or read Y, write Y, move right.

Halt state is the ending state. 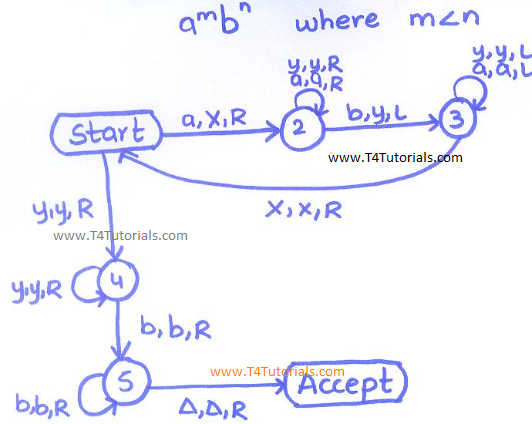 Figure: Turing machine for a is less than b